One thing that lead to me taijiquan was missing two adult teeth.

When I was about 8 year-old, x-ray showed that I was missing two permanent teeth. In the couple years following, I went to the dentist a lot. As I waited in the waiting room, I read and re-read whatever reading material available, which included a set of comic books by the Taiwanese cartoonist Tsai Chih Chung. The most notable among them was "Zhuangzi Speaks: The Music of Nature". The talented Mr. Tsai presented the Zhuangzi's humourous parables in an easy-to-digest format. I was a bit of misfit as a child. It struck a cord with me when Zhuangzi spoke of freeing oneself from rigid value systems, staying true to one's nature, and maneuvering through an ever-shifting and inconstant world. My affinity to Doaist philosophy eventually lead to me Taijiquan, a martial art that drew inspirations from Doaism.

Zhuangzi was a Chinese philosopher in 4th century BC during a period of political upheaval, known as the Warring State period. Zhuangzi's most famous story was probably his dream of being a butterfly, where he questioned human perception of reality. 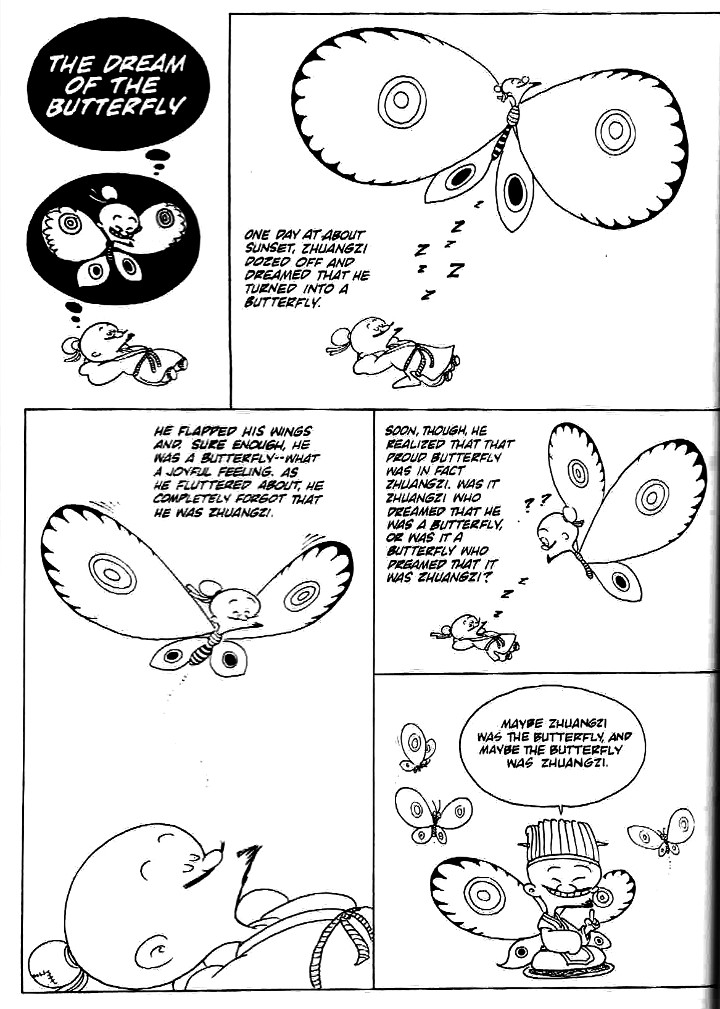 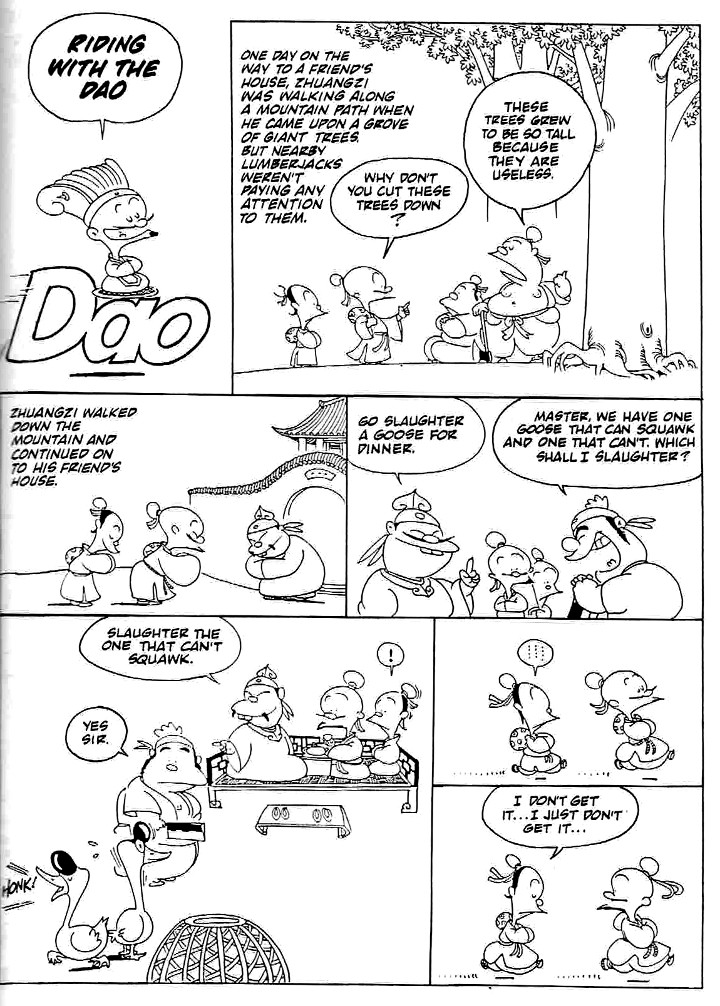 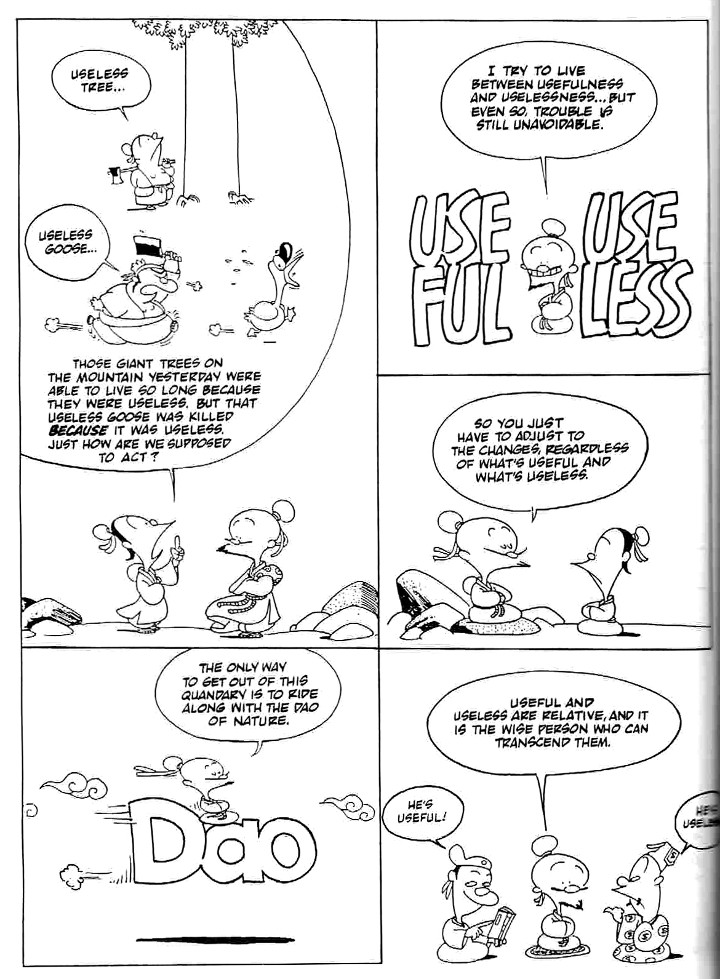 The story "The Cook Carved up a Cow" fascinated martial artists for thousands of years. 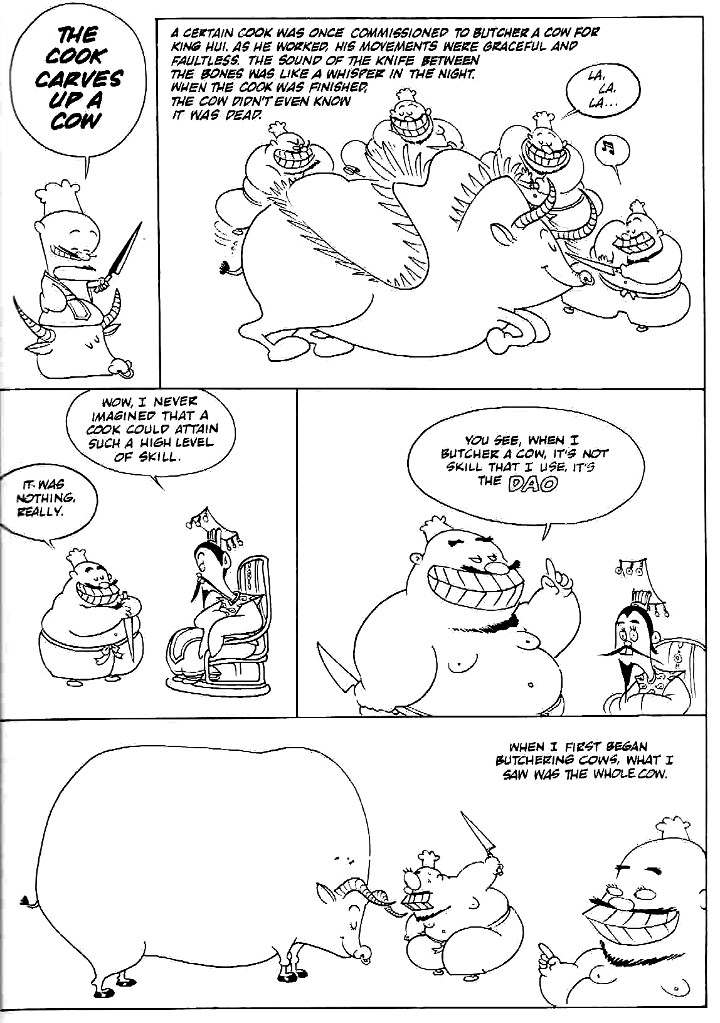 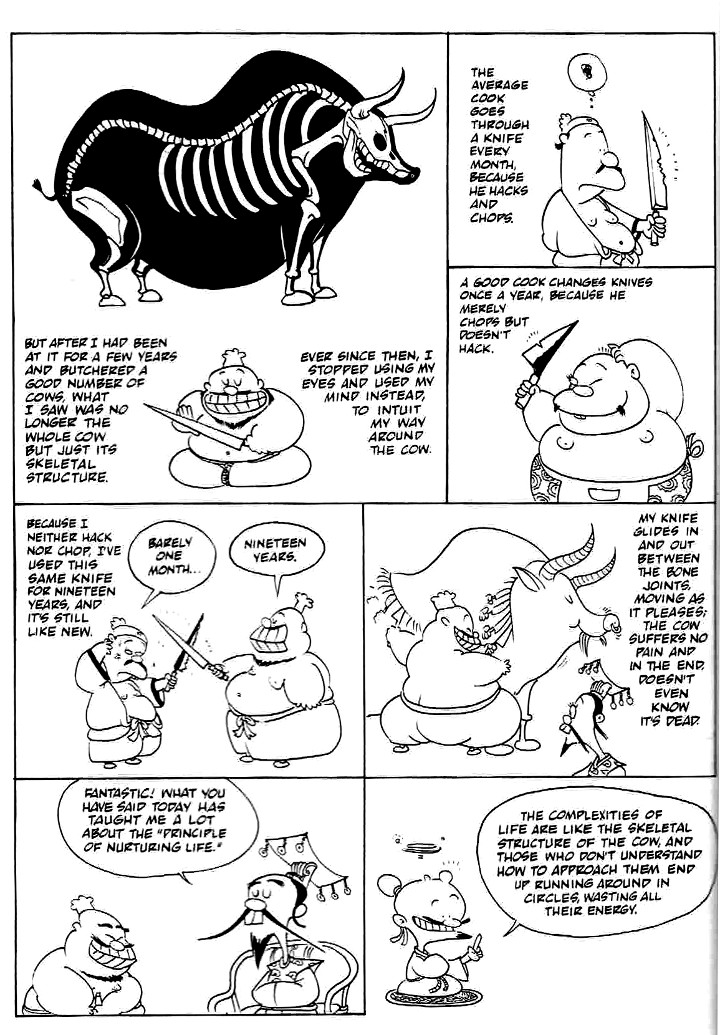 For anyone who's interested, I have the book in the lobby. Feel free to check it out when you come!